After all the chaos ended in 1953, it appeared that the desire to establish a public university reappeared, as Solo is known as the center of original Javanese culture. There were enormous potentials for both teaching staffs and students. As a result, the founding committee was founded, with Mohammad Saleh, the Mayor of Solo at that time, serving as its chairman. Unfortunately, the effort failed before it commenced.

It was due to the lack of economy in the regional or central government. Moreover, the desire of some factions to establish their private universities and the lack of sympathy from some academics of Gajah Mada University. As a result, many obstacles, such as the commotions among the political parties fighting for power in the government and city development at the time, caused the idea to fade.

Ten years later, in 1963, Kota Praja Surakarta University (UPKS) appeared out of nowhere. This university was founded by the regional government, which Utomo Ramelan led at the time. At the same time, the Communist Party was rapidly expanding, influencing a wide range of social issues. It also impacted UPKS, as knowledge of socialism increased in the university’s educational system. Then, after the G30 S incident in Indonesia, the university was closed down since all socialism/communism-related activities were prohibited. 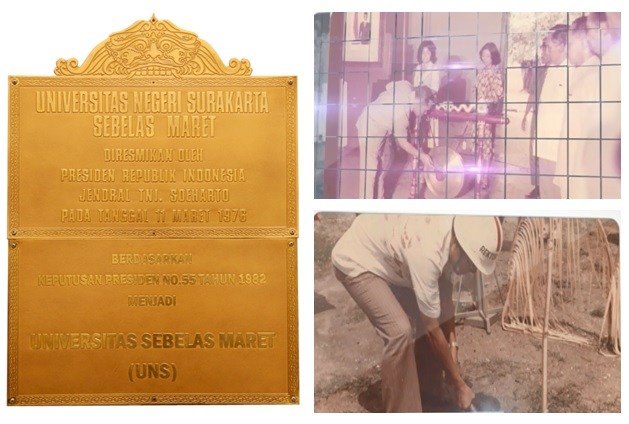 The concept of the establishment reappeared on January 11, 1968, when R. Kusnandar was the Mayor. Then, he formed the founding committee, which, like the previous committee, failed to realize the idea. The reason was still similar to the previous one namely the central government was unable to provide the fund for establishing a new public university in Solo, and the regional economy was suffering at the time.

At the end of December 31, 1975, the Minister of Education and Culture reviewed UGS and determined it would become a public university on March 11, 1976.