Studying at UNS means experiencing a one-of-a-kind life in Solo. Solo is located in Central Java, in the heart of Javanese culture. Living in Solo allows you to witness the heritage city’s historical relics and distinguished culture.

The traditional way of life is inextricably intertwined with the urban style that colors Solo’s living atmosphere. The city’s complete facilities do not eliminate the long-established local identity of Javanese tones in every beat of the city’s day-to-day activities.

Here are a few festivals where you can immerse yourself in Solo culture. 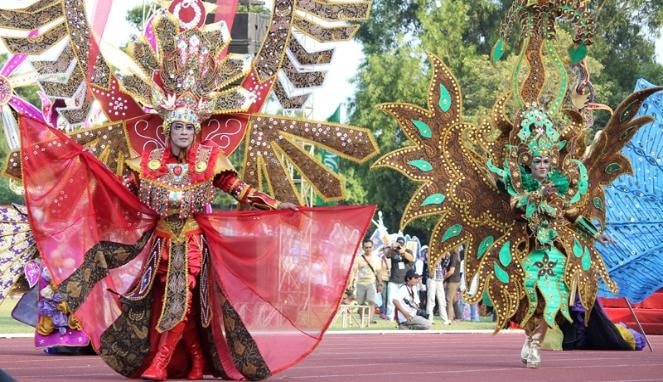 Solo Batik Carnival (SBC) promotes Batik, a traditional Indonesian fabric that symbolizes national identity to the larger community. The government of Solo hosts SBC every year. The event challenges participants to design and create one-of-a-kind Batik costumes. The main event is a parade of models dressed in Batik costumes from Slamet Riyadi street to City Hall. You can view the parade and photograph it by standing in a row along the route. 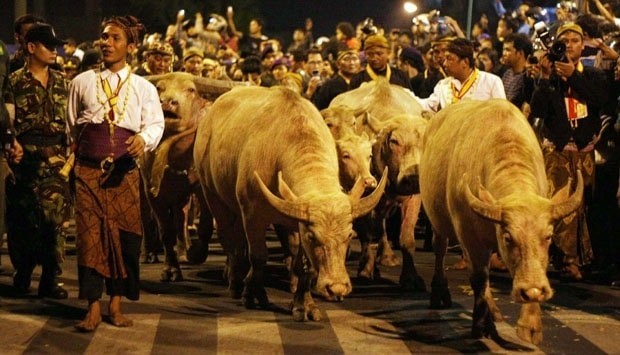 Kirab Malam 1 Suro is a ceremonial event held to mark the start of the Javanese calendar’s New Year. It is held at the Surakarta Royal Palace (Kraton) and Pura Mangkunegaran. Sacred heirloom washing is part of the ceremony, and sacred heritage items are paraded alongside sacred albino water buffalo known as Kyai Slamet. During the event, you can immerse yourself in the overwhelming Javanese cultural atmosphere. 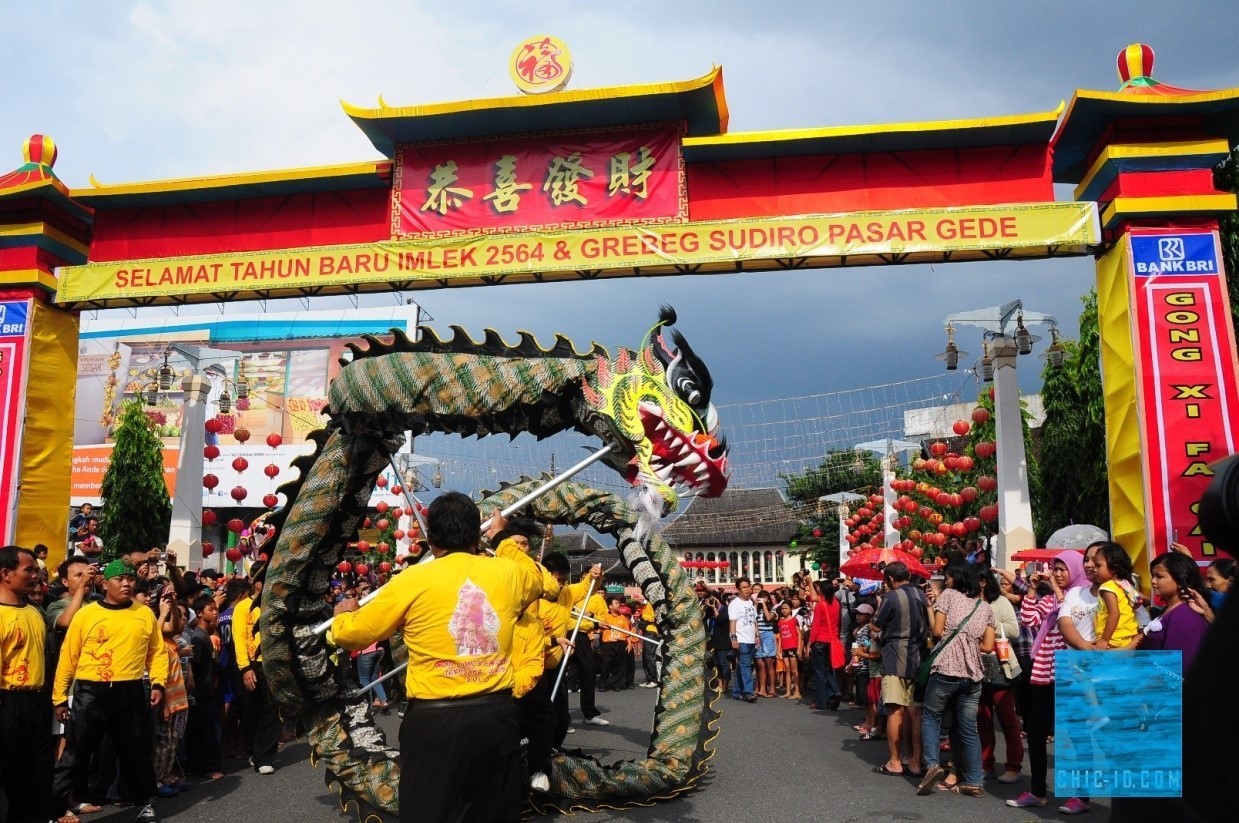 Solo has quite a significant number of Tiong Hoa population. As a result, Chinese New Year (Imlek) is one of the most important holidays in Solo. Grebeg Sudiro is held every year to commemorate it. The festival takes place in the vicinity of Pasar Gede, also known as Solo’s Chinatown. Every year, the festival features Chinese cultural performing arts. 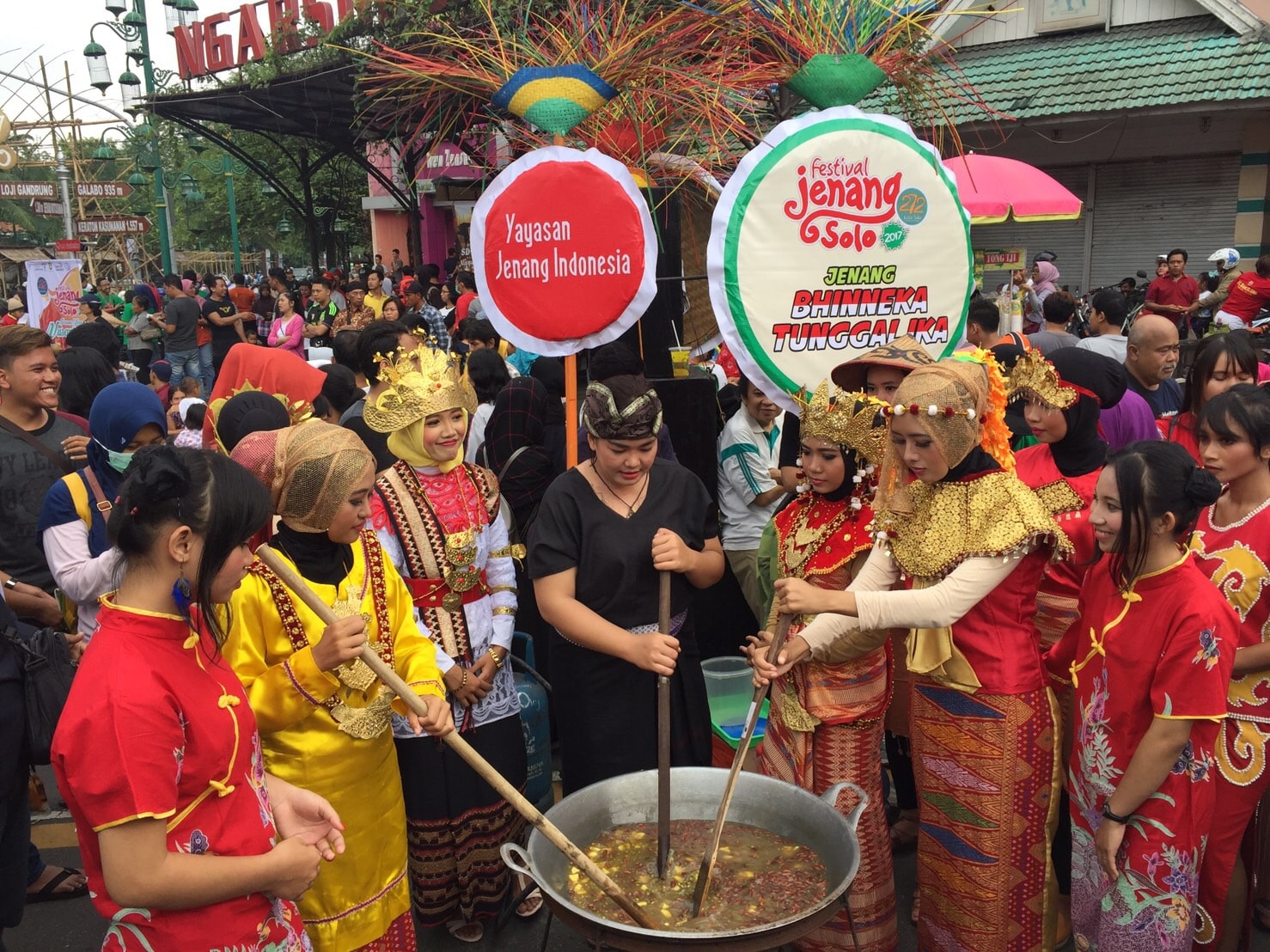 Jenang is a traditional sticky porridge popular among Indonesians. Festival Jenang Solo offers over 17,000 portions of various types of Jenang. The annual event is held to commemorate Solo’s anniversary. You must go to Ngarsopuro to let your taste buds experience the flavors of Jenang. 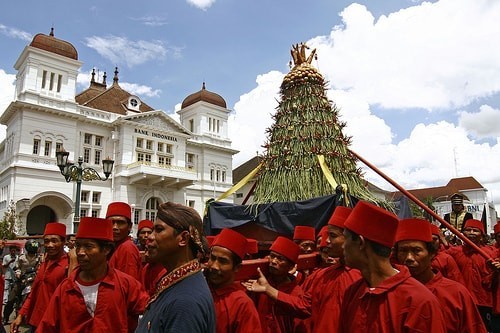 Sekaten is a week-long Javanese traditional ceremony commemorating Prophet Muhammad’s birthday. Raden Mas Sujana (Hamengkubuwono I), the founder of Hamengkubuwana, initiated the ceremony to promote the Islamic Faith to the public. The ceremony is held every year in Yogyakarta and Solo. Sacred Gamelan called Kyai Nogo Wilogo and Kyai Guntur Madu are played every day during the ceremony, traditional songs are sung in Tumplak Wajik, and Gunungan is carried by royal guards in a parade called Grebeg Muludan. Gunungan is a mountain made of sticky rice, sweets, fruits, and vegetables. It is picked, fought over, and ripped apart by the crowds gathered in the square following the parade. The objects that make up Gunungan are thought to be sacred, powerful, and bring good luck.