UNS – Universitas Sebelas Maret (UNS) Surakarta closed New Student Orientation (PKKMB) with Student Vaganza One Indonesia UNS 2017 in UNS Stadium, Thursday (17/8/2017). Formation Visualization was created for the closing of the event, breaking Indonesian World Records Museum (MURI) Records for the Most Image Configurations with Tourism and Unity of Indonesia as the Theme. 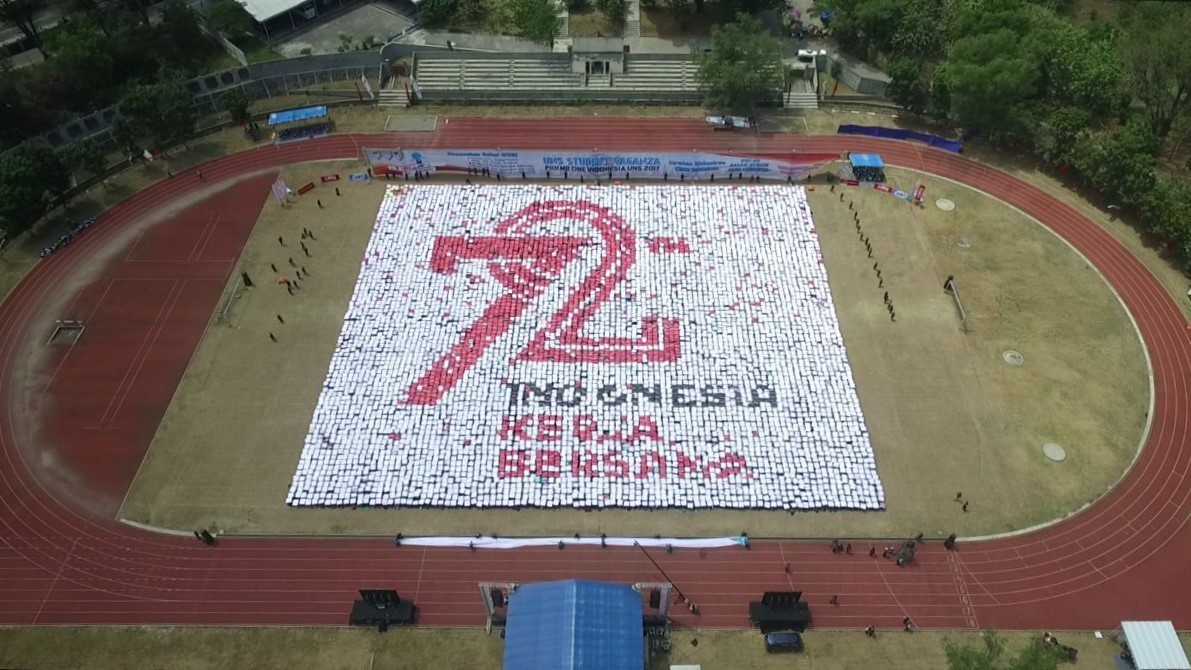 Student Vaganza One Indonesia UNS 2017 was carried out on the 72nd Anniversary of the Republic of Indonesia’s Independence Day on the theme of “Improvement on the Role and Contribution of Youth in Maintaining Local Cultural Wisdom”. It is aimed to reinvigorate the spirit of unity in the diversity of cultures in Indonesia. 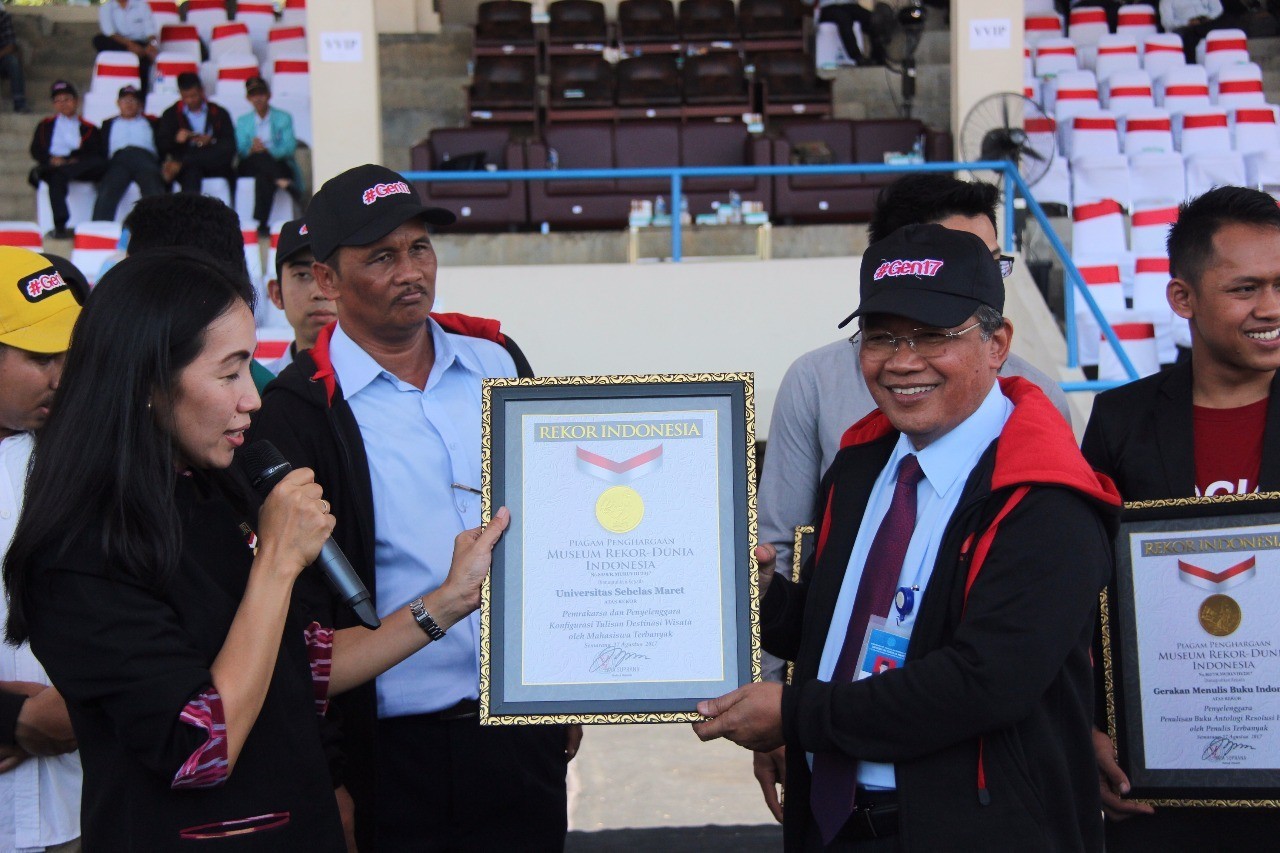 UNS --- Another excellent achievement was made by students of Universitas Sebelas Maret (UNS)...
Selengkapnya

UNS --- Under the creative leap program, four lecturers from the Undergraduate in Digital Business...
Selengkapnya