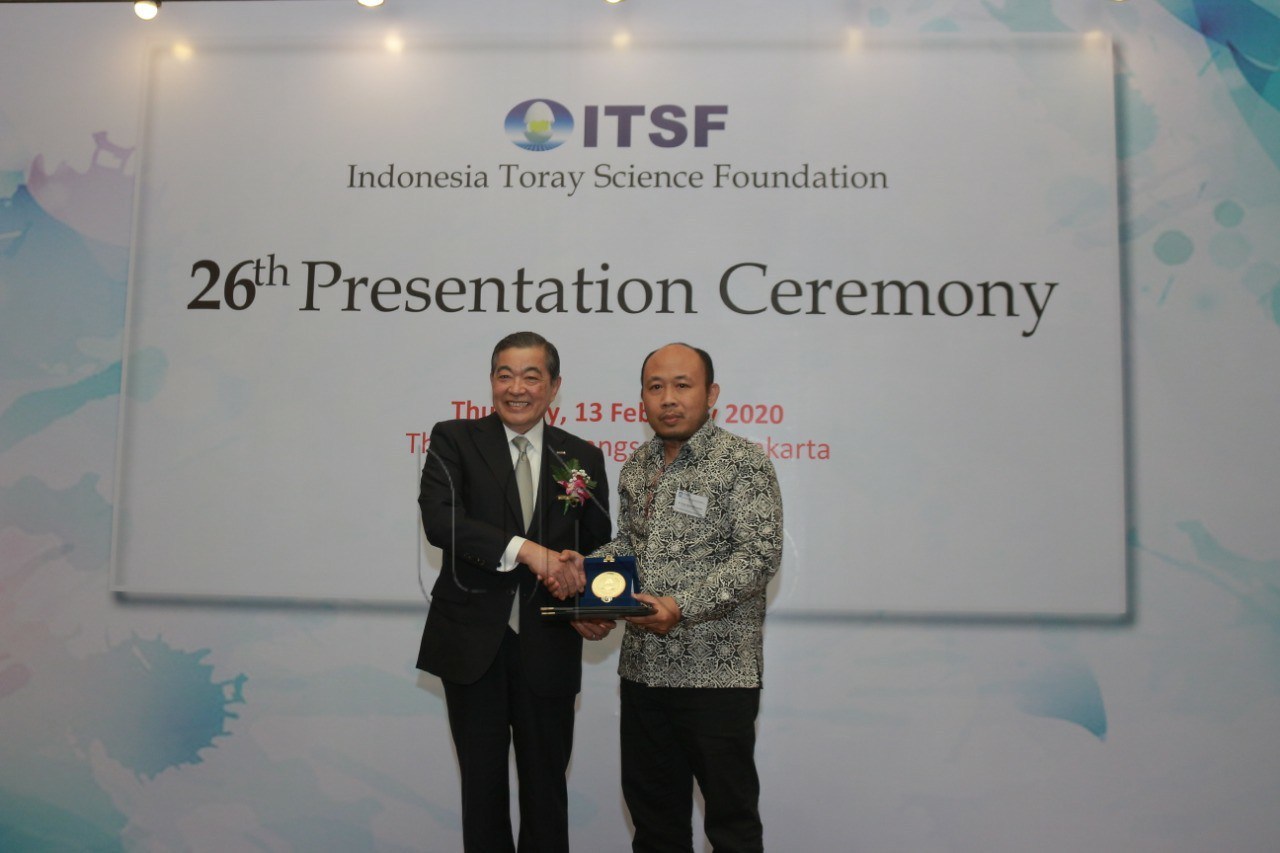 On this occasion, Prof. Agus got a prize of 100 million rupiahs. Prof. Agus with his team in UNS has succeeded in synthesizing nickel cobalt aluminum oxide (NCA) and lithium titanate (LTO) based materials as the main materials for lithium batteries as well as developing NCA recycling methods to reduce production costs. The team has also built an efficient battery production system for various applications.

“With the ITSF award, we hope that it becomes a good contribution to our lovely campus and we hope that it will inspire other academic members of UNS that we can work for Indonesia. I would like to thank profusely to the university, colleagues, and students for their support in carrying out this development. May we always are given strength and enthusiasm to advance our beloved academic community,” Agus stated, Thursday (13/2/2020).

The manager of the Indonesia Toray Science Foundation, Dr. Hasanudin Abdurakhman stated that ITSF is a science foundation now led by Dr. LT Handoko. This foundation is funded by Toray Industries Inc., an industrial firm from Japan. In Indonesia, Toray runs its business through 14 firms under the umbrella of PT Toray Industries Indonesia. ITSF is established in 1993, at the time was led by the head of LIPI, Prof. Samaun Samadikun.

Besides the award, ITSF also grants Science Education Award, an award to 10 natural science teachers in junior and senior high school or the equivalent, who have developed innovative science teaching. Each awardee received 25 million rupiahs prize.