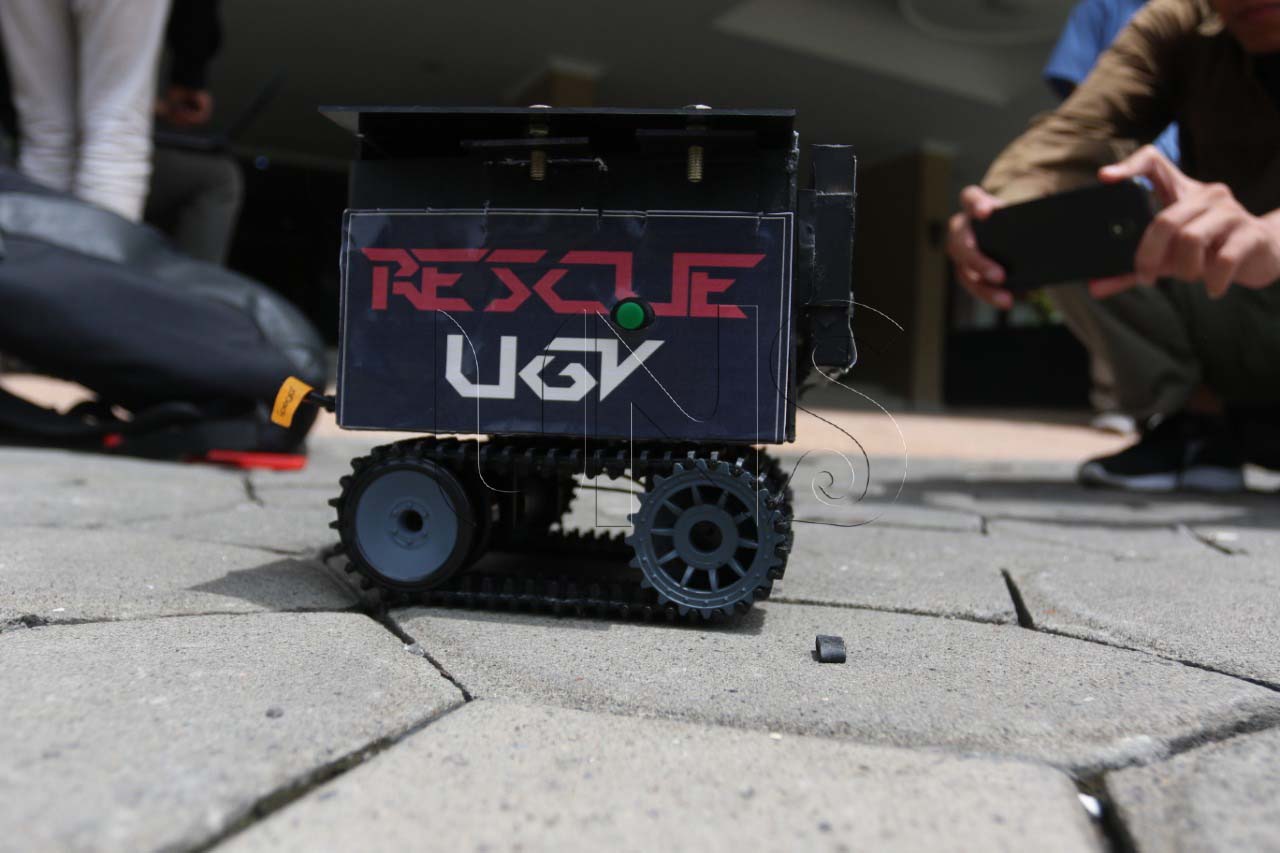 UNS – The student of Electrical Engineering Study Program, the Faculty of Engineering, Universitas Sebelas Maret (UNS) Surakarta, construct a prototype of a robot that aims to find the whereabouts of a disaster victim. The prototype, established by Nada Syadza Azizah, Syaifullah Filard Latifah, and Taufik Widyastama, is introduced as Rescue Unmounted Ground Vehicle (UGV).

To https://uns.ac.id/, Syaifullah explained that Rescue UGV is a tool to find the victims of a disaster. “This tool can be used to reach the unreachable area, such as active volcano, forest fire area, and the area exposed to radioactive,” Syaifullah said on Thursday, (09/01/2020).

Syaifullah added that this tool has been constructed for the last three months. The initiative to construct the robot is due to the natural disasters that come at any time. “This is how we get the idea to establish a robot that can detect the disaster victim. Because, oftentimes, the rescue team is constrained to detect the whereabouts of the victim,” he said.

Further, Syaifullah explained that the Rescue UGV is equipped with an infrared camera, thus it can detect a human body’s temperature. A human temperature will be visible as red-yellow color when detected using infrared. This robot is, then, controlled using the internet network. “Scan is conducted using the infrared that can detect body temperature. That way, we can know whether it is a human or not, and whether they are still alive,” Syaifullah added.

Meanwhile, Taufik Widyastama mentioned that this robot will be developed continuously to improve its capability. “Later on, we will equip the robot with a portable transmitter, thus it can be used for a wider coverage area. Because currently, it is still a prototype, we still use handphone Wi-Fi or router, thus it can only reach 10 meters,” Taufik said.

The wheels for the robot should be designed like tank wheels and this prototype still uses a small wheel. Further, the robot will be constructed to be longer, thus it can be more stable while traversing difficult terrains during a landslide or in a ravine.

“Going forward, the robot will be designed to be able to facilitate two-way communication. Currently, the robot can only transmit voices from the field,” Taufik said. Humas UNS