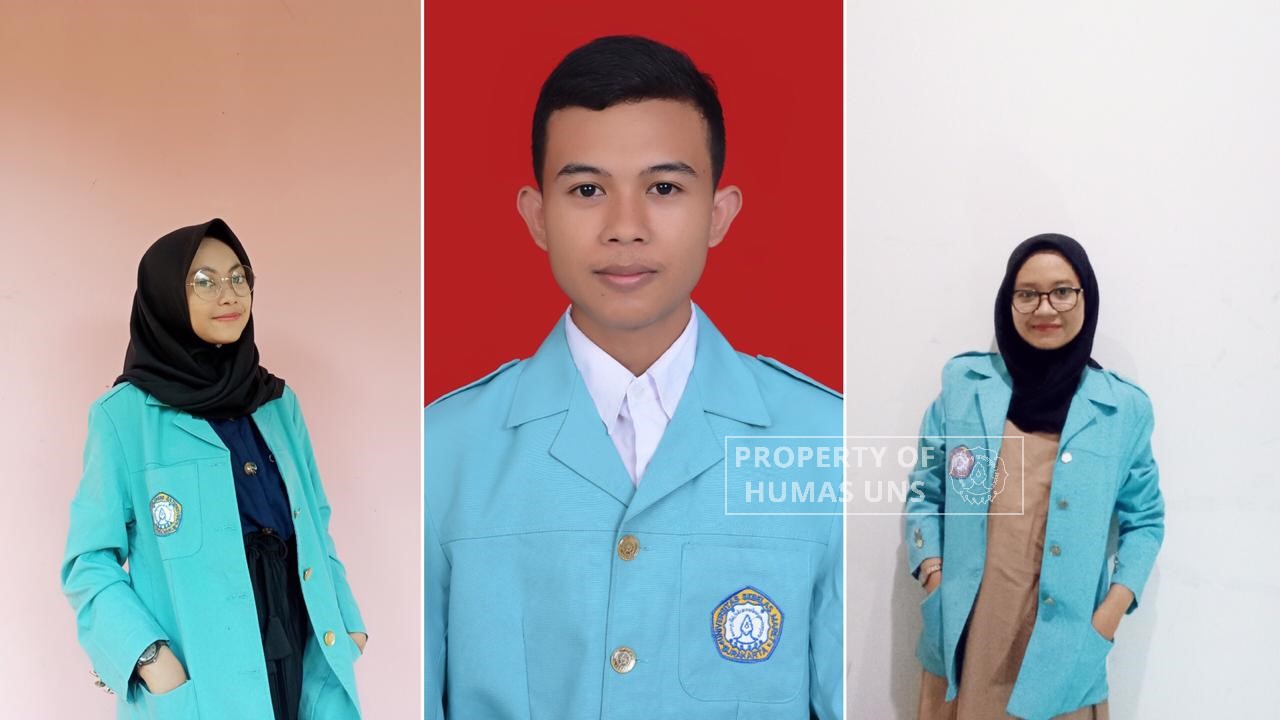 UNS — The students of the Faculty of Agriculture (FP) Universitas Sebelas Maret (UNS) Surakarta studied the intercropping practice in cashew plantation on marginal land. The research was conducted twice, first in Cangkring village and second in Duren village. The students involved in this research are Tulus Widodo, Prisca Puspita Sari, and Iksaniyah. Their study was titled ‘Intercropping in Cashew Plantation on Marginal Land, Jatiroto Sub District, Wonogiri’.

They explained that intercrop is a productive crop to fill the spaces between the main crops. Intercrop has an economic value that can increase a farmer’s income. According to the team, intercrop is starting to be widely implemented in Indonesia, but its development is not evenly distributed. Therefore, an introduction to intercropping benefits and advantages, especially on marginal land, is still needed. The research team offered an effort that can increase cashew farmer’s income through polyculture involving intercrop.

“One of the efforts to increase cashew farmer’s income is by implementing polyculture. The cropping pattern in cashew farm is planting perennial plants, cashew tree as the main crop and annual plants as intercrop,” Tulus Widodo explained, Monday (21/12/2020).

This pattern has several benefits and advantages, such as a more efficient and productive land utilization, improved productivity, increased income, efficient use of input, and guaranteed farmers’ profit because of lower farming risks. The study conducted last August found that from 2 villages, Cangkring and Duren, farmers plant herbs such as ginger and turmeric as intercrop. Both spices were grown in the moor; there are also tubers and fruit plants under the cashew plants.

The data they collected identified that the suitable intercrops for the marginal land in cashew plantation are herbs and tubers. Most of the villagers in Jatiroto Sub District plant ginger and turmeric as intercrops. These herbs have a high selling price compared to other spices. They added that cashew is only harvested once a year. Therefore, farmers have to wait for a long time for the harvest season. While waiting for the harvest, farmers gain income from their intercrops. However, the villagers’ intercropping very simple so that it does not bring good harvest, and therefore, it is not well absorbed by the market.

Farmers only sell their harvest to collectors or use it themselves to make jamu (traditional Javanese beverage). Farmers do not know how to process herbs from their harvest; thus, they sell them directly to the traditional market or collectors at a low price. This is unfortunate because the intercrops can bring economic and biological benefits for farmers. “It is regrettable that people, in general, do not know about it (intercrops); participation should be developed. Socialization on the benefit of intercrops can be done to develop people participation,” Tulus concluded. Humas UNS