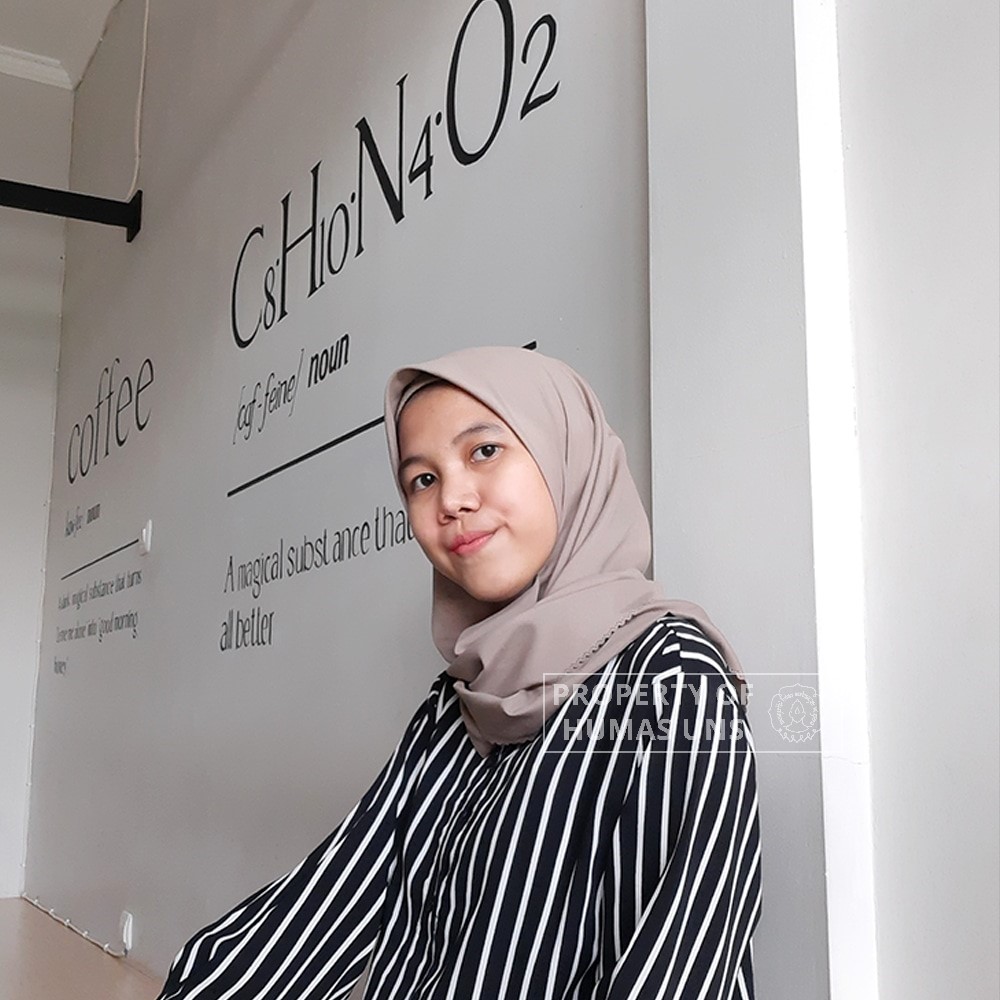 Lala’s poster titled “Demand of Time” emphasized English’s importance in today’s world. In an interview with uns.ac.id, Monday (4/1/2021), Lala stated that she wanted to show how English becomes a demand of today’s world in her poster. The concept for her poster was inspired by the need for English proficiency in education and workplace settings.

English is used as an international language and was spoken by 400,000,000 people as their primary language and by 2 billion people as a second language. In total, this language was used by 2.4 billion people in the world. Lala added that language is vital in daily life because, because of language, humans can communicate and exchange their thoughts through written, oral, or symbolism. “Humans cannot live without language because as social creatures, they need to interact with other people,” she said.

Lala won over dozens of other participants from other universities in Indonesia. The competition was started with registration and submission on 21 October to 2 November 2020 and followed by the best 10 posters announcement on 3 November 2020. Through the like and view method, the judging process was conducted from 4 to 5 November 2020. The announcement for the winners was published through @hmps.tbi Instagram on 7 November 2020.