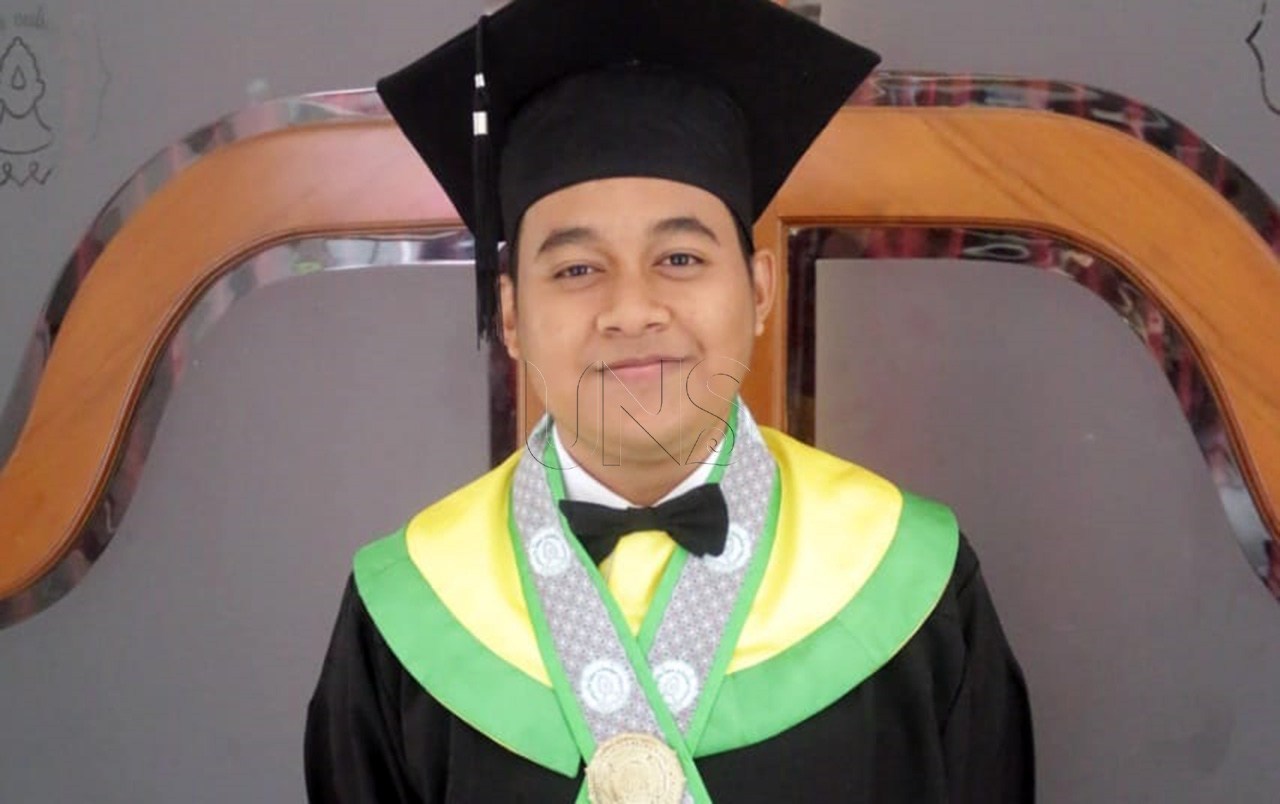 UNS – ‘The time of studying at college is like a new chapter of life’, it is because that is the transition moment from high school students to college students. That is the way Herlambang Dhani Nurcahyanto, a student of University of Sebelas Maret (UNS) Surakarta in beginning his study as a college student. Living in college surroundings, he optimized his time and role as the student by joining various activities and anything that are useful. Thus, being a lecturer assistant for eight subjects, officiating as the minister of Friendship Village Development (SDM) of UNS Executive Student Board (BEM) in 2019, and figuring Planned Generation ambassador (Duta Genre), being moderatos in several outstanding programs were successfully played by him.
“It means that we are given a new chance to be as we are. There are many obstacles after college that do not exist in the class. So, the study needs to be balanced with other activities, either organizational student, entrepreneur or part-timer,” mentioned by the youngest graduate of UNS period of VI year 2019.
In the beginning, Herlambang convinced that he felt nerd and lack of knowledge. When he registered to the college, he who intended for agriculture only focused on one university and he failed.
However, due to his tenacity, he successfully entered the study program of D3 Agribusiness, the Faculty of Agriculture (FP) of UNS through written test lane and he achieved a scholarship program. Moreover, since the third semester until now, he is entrusted as the lecturer assistants for eight subjects that gave him the chance to know more about his juniors.
“Alhamdulillah (Thank God), I am still being the lecturer assistants. Studying at FP UNS is remarkable. I am able to study the agriculture economy and garden architecture. It studies business, pest and plant disease at the same time because I am in the major of horticulture,” he explained.
Even if studying at FP that the Diploma program is well-known for its practice and report, he felt so grateful because his scholarly can benefit the people who work in agriculture. Specifically, he experienced such feelings when he conducted community service in Plosorejo village, Matesih District, Karanganyar Regency for two years. The village is a forested village of BEM UNS.
“Many people there work in agriculture. When they recognized that I was an agriculture student, they asked me questions then we discussed agriculture matters. So, college scholarly is applied there,” he added.
Meanwhile, the activity as UNS Duta Genre is chosen by Herlambang as the media to share for teenagers as a planned generation. In one year of duty, he helped the teenagers to plan their lives in the neighborhood of junior high school, senior high school, as well as the university. It is regarding achievement, reproduction health, interest and talent, and many others.
Those activities need a strategy to be planned and managed.
“For my self, I advance the academic. Especially, the group task,” he mentioned.
In the future, Herlambang plans to work along with preparing to continue his study at Vocational School of UNS in 2020. HUMAS UNS/Kaffa/Imron