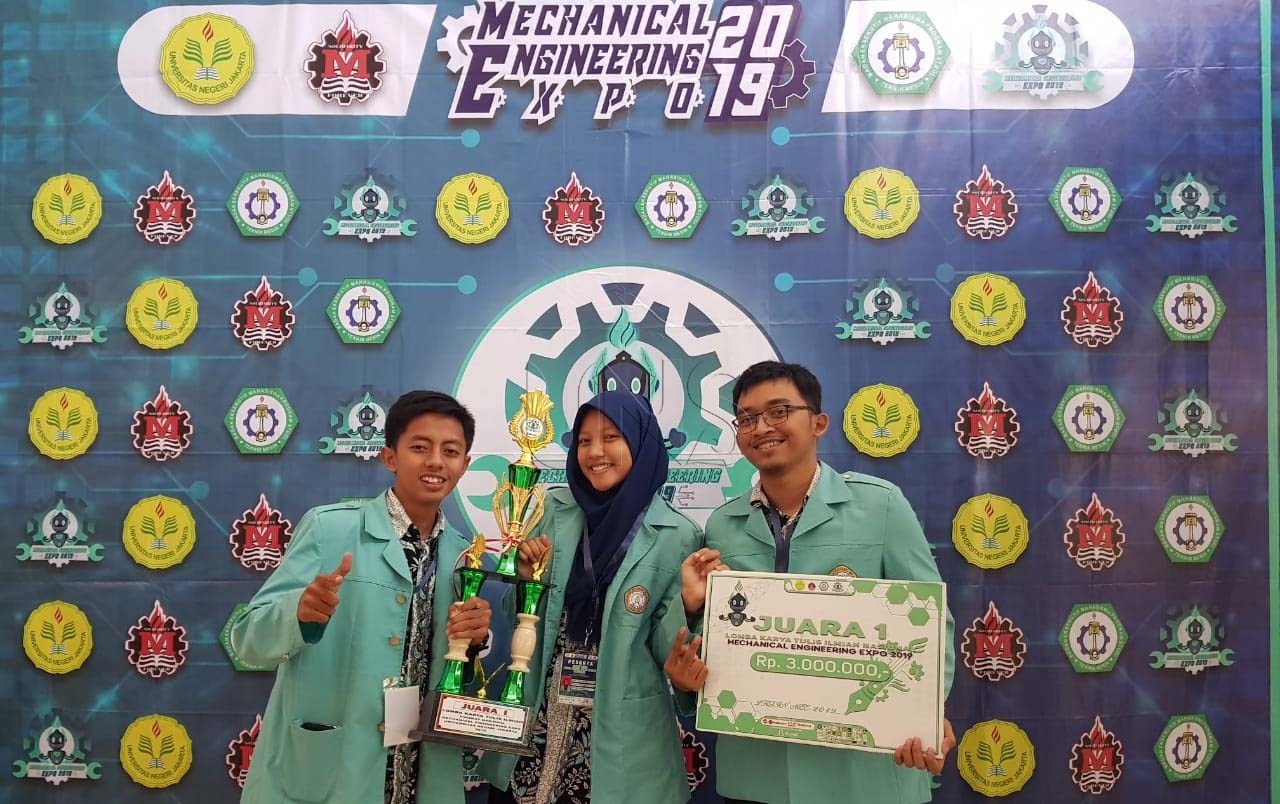 UNS – In this era, idea and innovation become something precious especially are collaborated with technology to help human lives. Regarding this issue, students of University of Sebelas Maret (UNS ) Surakarta invented a midge technology based on internet of things and won a national competition.
The students are M. Maulana Yusuf and Alvin Ichwanur Ridho from Electro Engineering and Farah Yuki Prasetyawati from Physics Education. They invented the thrifty midge technology based on internet of things named ANSIOT. It is the solution to prevent onion plantation damages done by plant-damaging organisms (OPT) in Brebes city.
The work won the first winner of Mechanical Engineering Expo 2019. It is an event held by Mechanical Engineering Education Community of Universitas Negeri Jakarta (UNJ). The competition focused on Scientific Paper competition. The second winner was achieved by Universitas Sriwijaya and the third was by Institut Teknologi Bandung (ITB).
Basically, the work is quite simple and easy operated. It uses solar panel to save sunshine as the main energy and the work system is easy operated and monitored by the farmers in realtime checking through their smartphone.
“As the object target of our work, we aimed Brebes city. It is because Brebes city is one of the biggest commodities of onion in Indonesia and the most users of pesticide in Southeast Asia in terms of eradicating pest of onion plantation,”. HUMAS UNS/Isna/Imron