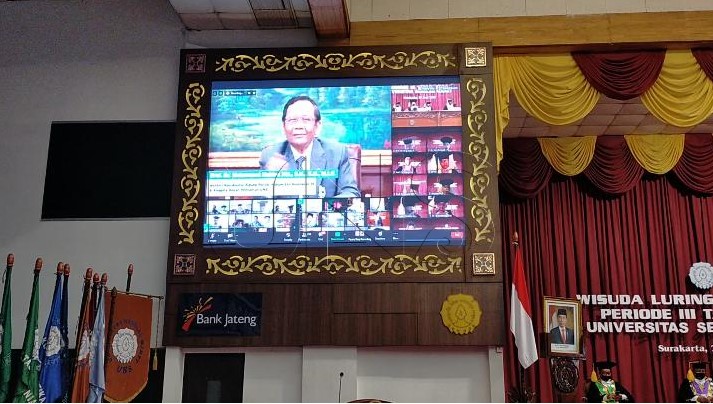 “An important message I want to deliver to the students graduated today is for you all to be a wise scholar. A good and kind scholar. University should not just create scholars, but wise scholar, or sujana in Javanese,” Mahfud MD stated.

Mahfud MD explained that there are two important things in creating wise scholars. These factors are the quality of conscience and intellect excellence. These factors are included as one of the objectives of the establishment of The Unitary State of the Republic of Indonesia (NKRI) as stipulated in the Preamble of the 1945 Constitution, which is to educate the nation’s life.

Critical thinking is another character needed to shape a wise scholar. Critical thinking appears in a person who questions the steps they will take using facts and logic. A scientist needs to find a path between idealism and realism, because between these two is where critical thinking lies. At the end of his remark, Former Chief Justice of the Constitutional Court (MK) from 2008 to 2013 left a message for UNS graduates to be brave in applying their knowledge.