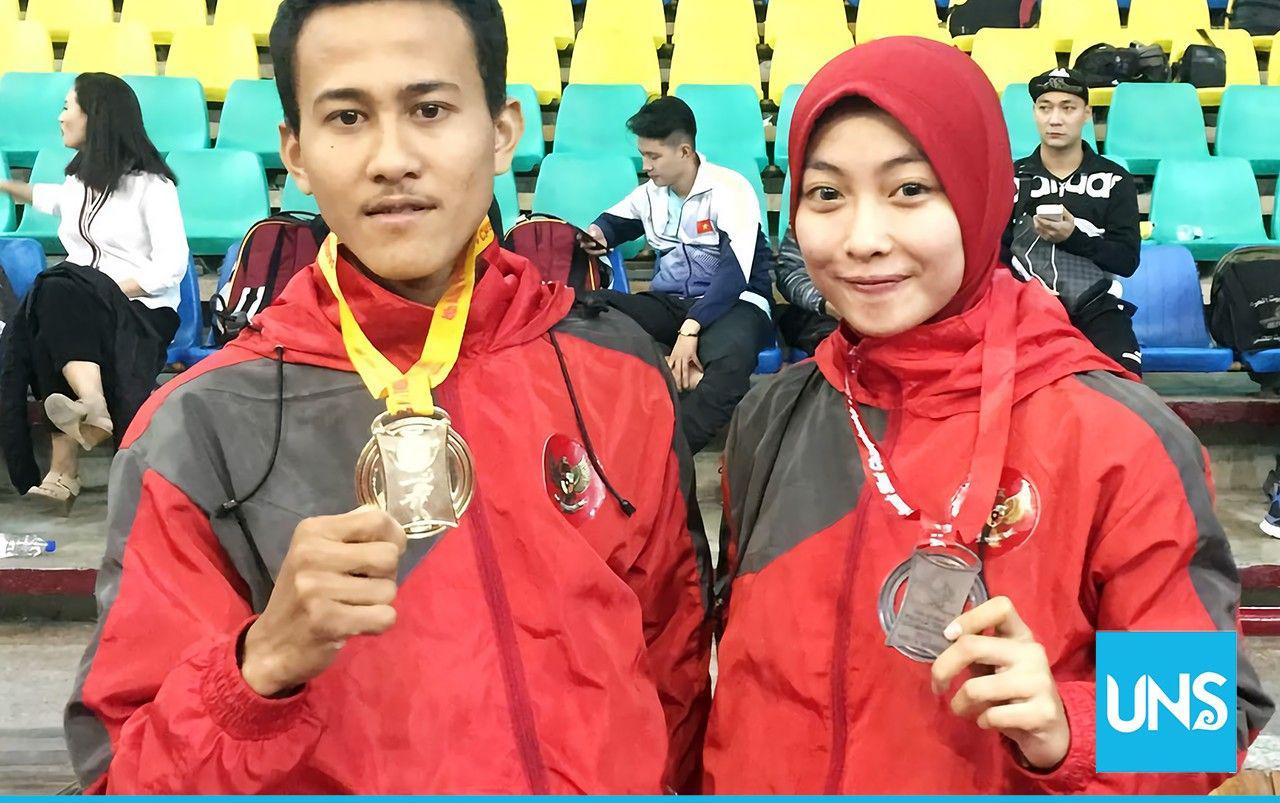 UNS – Despite having her special need, the cycling athlete, Sri Sugiyanti, refused to give up on the situation. This UNS disabled student made every effort to penetrate the darkness on the track of the bicycle race to finally produce good results.

Sri Sugiyanti managed to collect four medals, three silvers, and one bronze in the 2018 Asian Para Games which took place on 6-13 October 2018 in Jakarta. Bronze medal was obtained at the Women’s Time Trial with a record time of 31 minutes 11.080 seconds.

Then her achievements increased after winning the silver medal in the women’s road race number by recording 2 hours 25 minutes 30 seconds. Continue down at number 3 kilometers and 1000 kilometers individual pursuit, Sri got two more silver medals at once.

“It was the first medal I have ever achieved from an international sporting event. It’s really unexpected. It feels like the most beautiful gift to me,” Sri said.

Sri’s struggle to win proud achievements at the 2018 Asian Games is not easy. The athlete from Sengonwetan Village, Grobogan, Central Java, must face the toughest challenge.

Sri Sugiyanti realized that she was not the type of person with steel mentality. Before the match, she said that she had felt very depressed even crying.

“My competition experience is still very minimal. It’s so stressful. Until the first time I wanted to compete, I had stomach ulcers. After being examined it is psychological. It really hurts, until everyone is confused,” UNS student, who is familiarly called Yanti, said.

Yanti’s psychological condition was deteriorated during her first match in the Time Trial number. Fortunately, there was a team of psychologists who help calm him down.

“I was crying. I did not want to start. I had been suggested to take a walk to reduce stress. After being briefed by a team of psychologists, I finally enjoy and focus on pedaling a bicycle, “the 7th semester student of the UNS PLB said.

The drama of Sri Sugiyanti’s anxiety did not end there. He still feels stress every time he competes. “I felt I didn’t want to be in that position at that time. Fortunately, there is a team of psychologists who help teach methods of calming down. Suppose it’s like imagining racing your own bike. I also pray and surrender. Just trust the pilot,” Sri said.

During bicycle racing, Sri was accompanied by a pilot, Ni Mal Magfiroh. He showed the way to Sri. This 24-year-old woman claimed to only try as much as possible, not thinking of getting a medal.

According to Rizan Setyo Nugroho, the assistant coach of the national team of cycling, Sri’s toughest competitor in the event was a Malaysian athlete.

“They have been fostered for more than 5 years. The athletes are still young. That’s why Malaysian athletes get a lot of gold,” Rizan said.

“If you are familiar with bicycle sports, it seems you don’t want to move. I can travel around by bike. It’s really enjoyable. Now, I miss it. But there is no branch of cycling in the closest race, so it seems for me to return to the athletics branch. If there are bicycle racing, I will still choose a bicycle,” she said. humas-red.uns/Tni/Dty