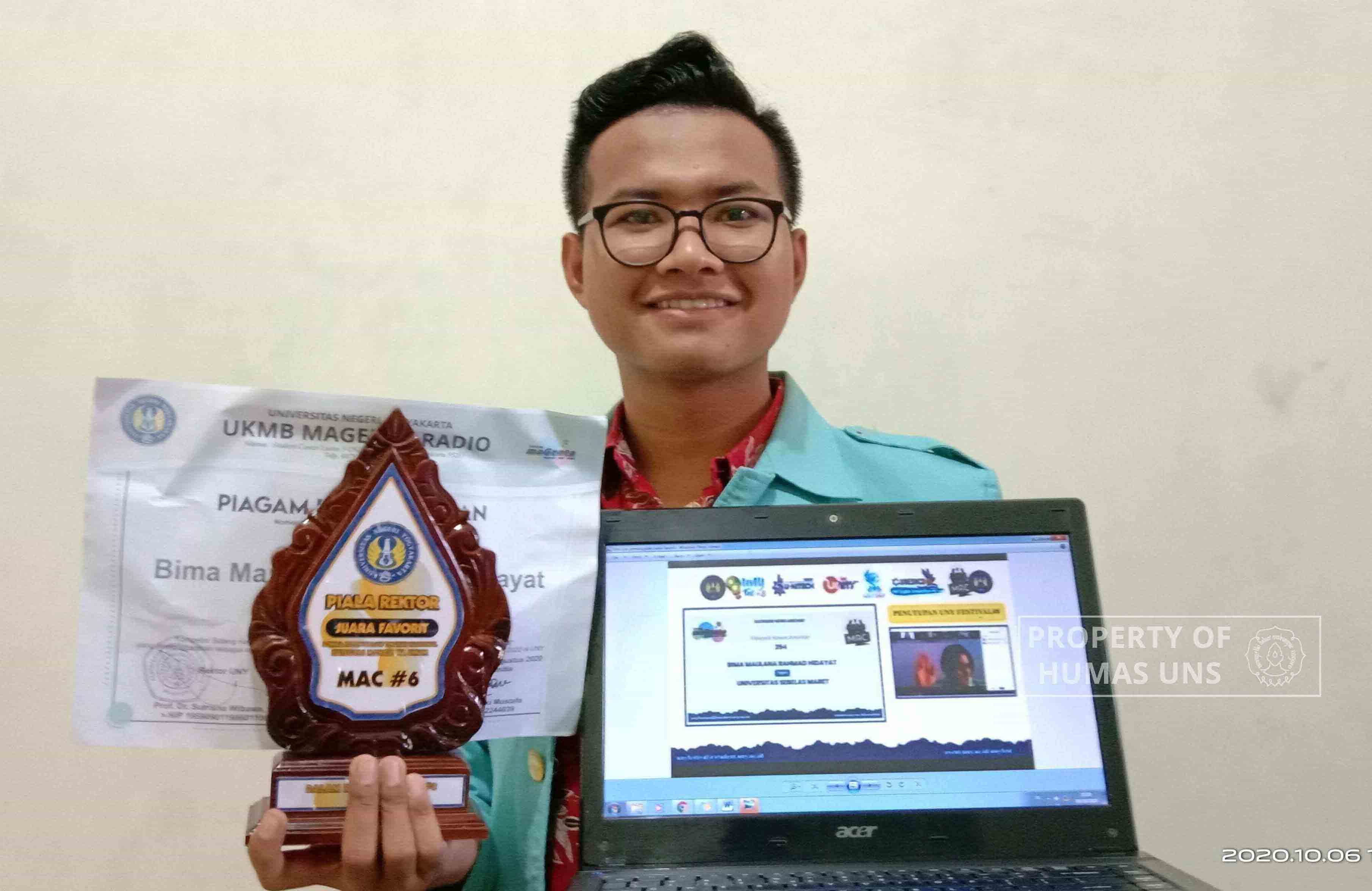 This achievement brought a proud name for UNS and shows UNS student’s productivity and spirit to compete in student competition amid the Covid-19 pandemic. In a competition held by Magenta Radio Universitas Negeri Yogyakarta (UNY), Bima Maulana, have to fight tens of other participants in the preliminary round. In this stage, Bima Maulana submitted a video of him acting as a news anchor.

“There are two categories in the competition, announcer and news anchor. The event is a part of UNYFEST 2020 competition series in which the finalist fight for UNY Rector’s Trophy,” Bima Maulana stated on Monday (12/10/2020).

In the preliminary round, Bima Maulana from FiestA Radio FISIP UNS went into the top 20 finalists who will compete in front of the juries through Google Meet on Sunday (30/8/2020). When asked about the fierce competition in MAC #6, Bima Maulana said yes to the question. For him, other finalists were very competitive and excellent in acting as a news anchor. “So, I always prepared myself by practice reading the news, exercising vocals and breathing, and not eating oily foods,” Bima Maulana explained.