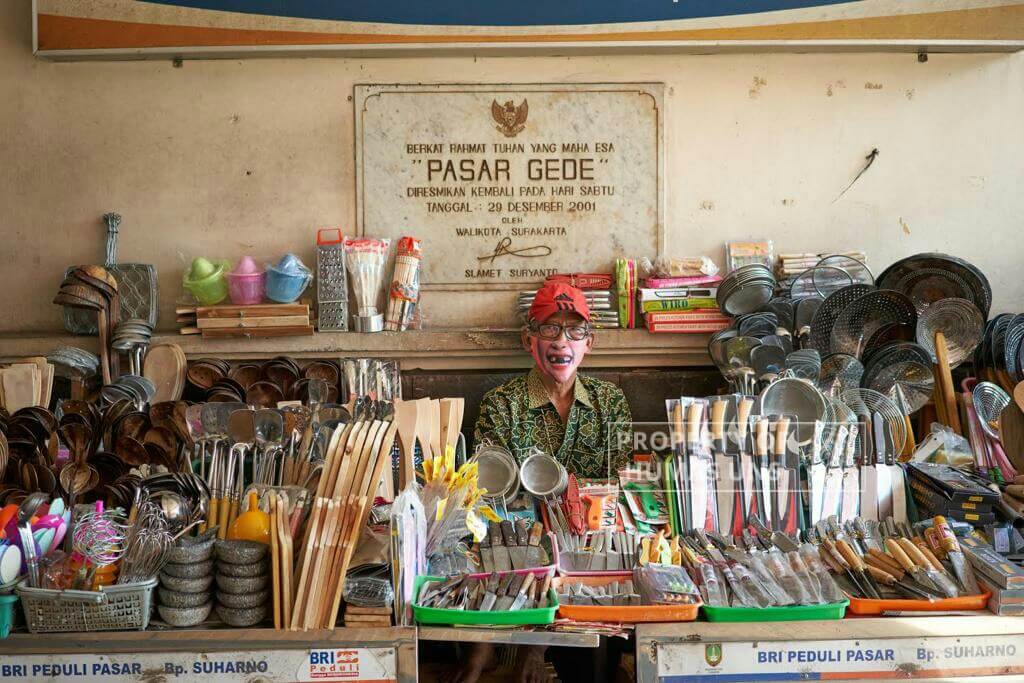 Initially, Reza was confused and changed his photo concept several times. He said that to take the photos, he needs to walk around Solo’s traditional markets until he saw a “BRI Peduli Pasar” (BRI cares about the market) written behind a seller’s table.

“I planned to take a shoot of the transaction process in the traditional market that uses BRI mobile. I have walked through Pasar Klewer, Pasar Triwindu, and Pasar Gede but cannot found the transaction. Then with desperation, I took a picture of a man in a mask who sells kitchen utensils, half of his face is smiling, with Pasar Gede name as a background and “BRI peduli pasar” logo on his table,” Reza said to uns.ac.id team, Tuesday (5/12/2021).

At last, Reza sent his work, which brought him into the 2nd winner in the competition. He shared tips for his fellow students who face obstacles in photography. “Do not lazy to hunt for pictures, increase your experience, participate in competitions, find references, follow the Instagram account for photography and journalism, and usually photos that won in a competition have a deep meaning,” Reza explained.

When asked about what message he wants to deliver through his work, Reza said that he wants to deliver a spirit reflected on the seller. “Even though his merchandise did not sell that well, but he was grateful and smiling. This is also shown from the mask he is choosing,” Reza added. Humas UNS