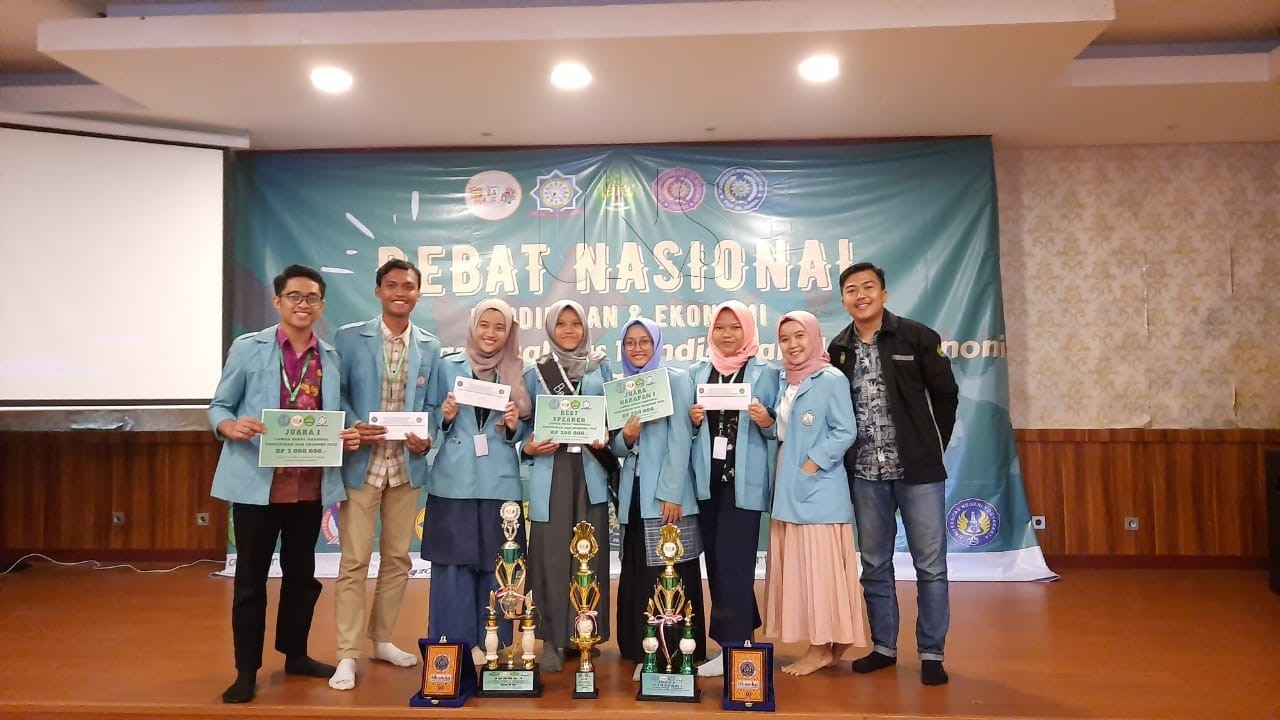 In this competition, UNS sent two representative teams that came from Economics Education Program Faculty of Teacher Training and Education (FKIP); team A and team B. Team A consists of Evieliana Putri Utami, Mohammad Amin Yusuf, and Kamsu Aji Wiguna won the first place, while team B which consists of Wannurizzati Zulhazlinda, Anggun Bella S, and Faizah N.A won the first runner up. In this competition, Evieliana from Team A got the best speaker award.

The theme of the debate is not far-fetched from education and economics.

“Because it is specifically for economic education, the theme is education and economics,” stated Kamsu when contacted by uns.ac.id team, Saturday (14/3/2020)

The teams need two weeks of training before the competition. Kamsu admitted that during the first week, the teams learned about debate techniques. In the second week, they focused on preliminary motion.

“Training for about two weeks, the first week we train on technique, the second week (we) focused on preliminary motion,” Kamsu explained.

In the future, Kamsu and friends expected that they will be able to maintain the position achieved by UNS and to provide a good influence on all concerned parties.

“Because this Imapresi competition is held annually, and Alhamdulillah UNS always win, (we) hope in the future we can maintain the position and give good influence to all,” Kamsu wished. Humas UNS/Zalfaa