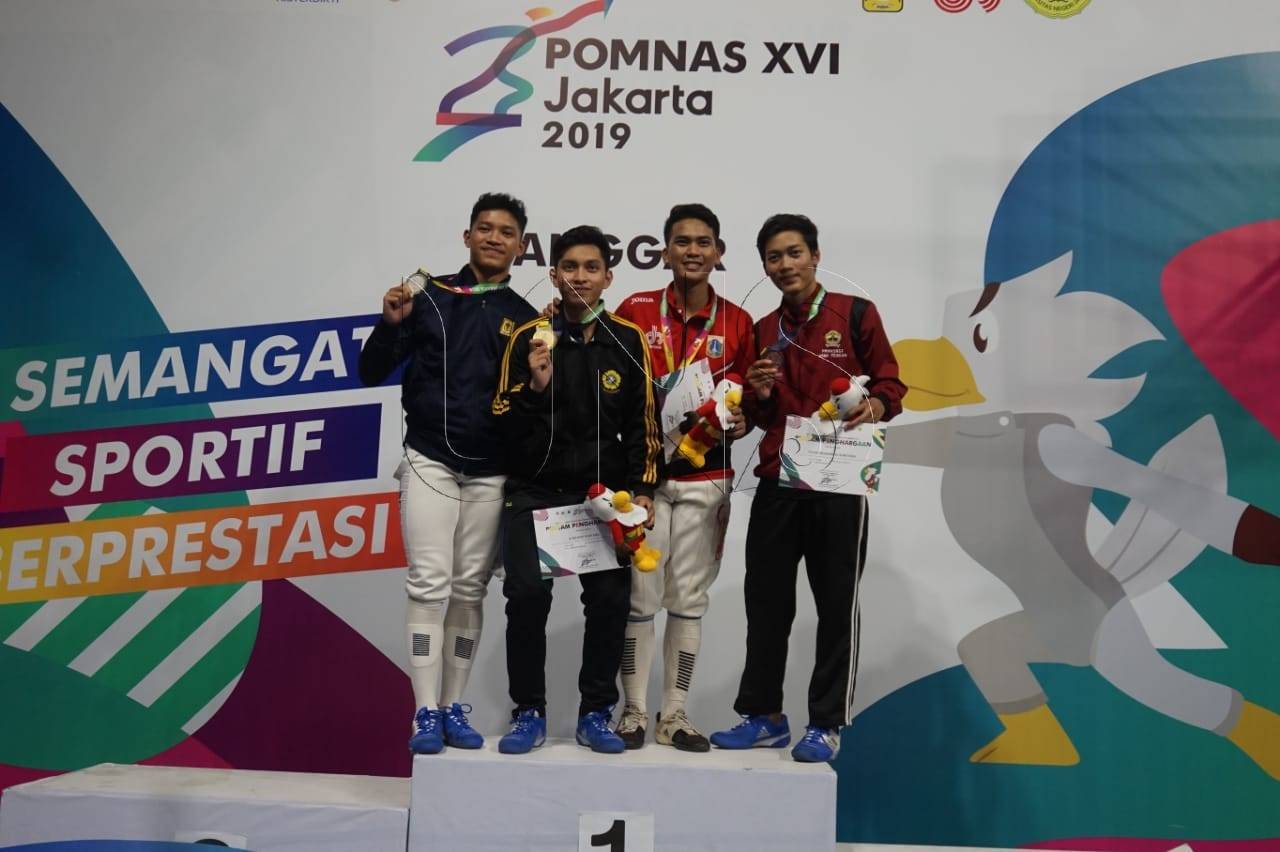 UNS – National Student Sports Week (Pomnas) in 2019 was back again as a platform for students of Universitas Sebelas Maret (UNS) Surakarta to perform. The most recent achievement by UNS student came from a student of UNS Faculty of Sports, Yulian Muhammad Adhitama in Pomnas this year.

Yulian Muhammad who represented UNS in fencing succeeded in presenting a bronze medal for UNS after beating out his opponent from Universitas Sriwijaya, Palembang.

“UNS has two delegates, my senior Adira Kurniawati and me. I earned a bronze medal, but Adira lost in the top 8 from (contingent of) West Java,” he said.

Coming through with the winner of Central Java Sports Week (Pomprov) title, Yulian was confident and full of preparation before going to Jakarta for Pomnas.

“There was a Training Camp (TC) for two weeks. Then, I also exercised in the morning until evening from Monday to Friday,” he explained.

By his result, Yulian will prepare himself to compete in a more prestigious competition, namely POM ASEAN and University.