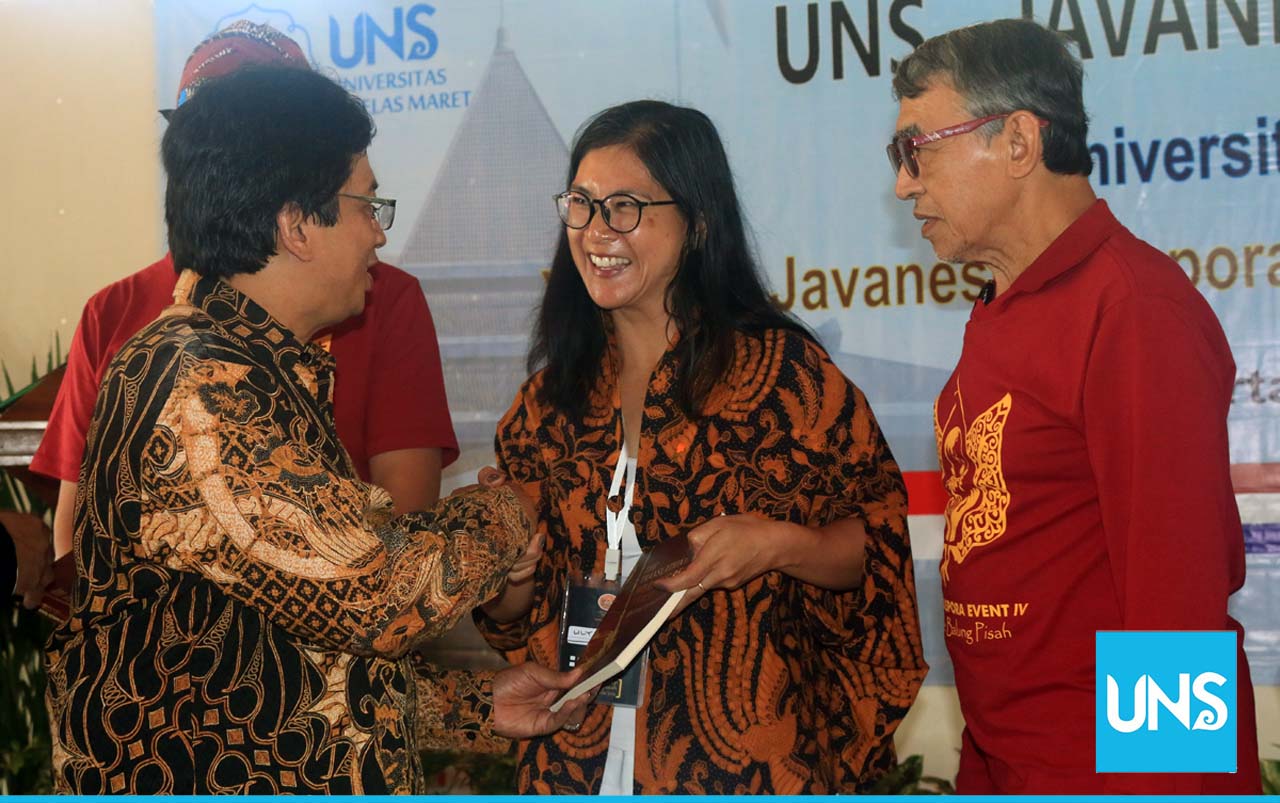 UNS – Kebudayaan (culture) originates from a Sanskrit word ‘buddhayah’ the plural form of ‘buddhi’ (mind) means creativity, taste, and intention keep to hold on to and live in the human’s body and mind. Likewise, Javanese Culture will stay inherently in the heart of the Javanese descendants living abroad. They are proud to be a Javanese descent even do not mind digging deep into their pockets to release the longing and meet ‘fellow Javanese’ from different part of the world in the 2019 Universitas Sebelas Maret (UNS) Surakarta Javanese Diaspora on June 20-23, 2019.

The event of UNS Javanese Diaspora was initiated by Institute of Research and Community Service (LPPM) UNS collaborated with Javanese Diaspora Network Association: Ngumpulke Balung Pisah (JDN) and the Government of Surakarta City. The head committee of this event, Setyo Budi said, these Diasporas historically were descents of the Javanese who had migrated abroad.

Lucia and Toemidjan, a couple from Netherlands confessed their happiness for joining this event. They yearned the birth land of their ancestors in Java. Lucia said that her grandparents were from Purwokerto while Toemidjan’s grandfather was from Banyumas and his grandmother was from Magelang.

Toemidjan’s love for Java then led him to be an announcer in Brabantse Kumpul Radio which can be accessed online. He who fluent in Javanese ngoko (low code form) and krama alus (high code form), broadcasts his program in Javanese and plays Javanese songs such as campursari as well. The majority of this radio audience are Javanese Diasporas from Suriname, Netherlands, and other countries.

Another participant from Malaysia, Ramlah, said her biggest reason attending this event was to establish a close relationship to the Javanese around the world.

“The Javanese value that must be fostered by the young generation is the spirit of mutual cooperation. I really appreciate this event organized by UNS so the Javanese Diasporas will not forget their ancestors,” said Ramlah.

UNS as a university which upholds the Javanese culture, will fully support this Javanese Diaspora event. “We hope that the relation between us will keep going with cooperation in the institution development, networking, education, human resources, and socio-culture,” expressed UNS Rector, Prof. Jamal Wiwoho. HUMAS UNS/Isna/Try