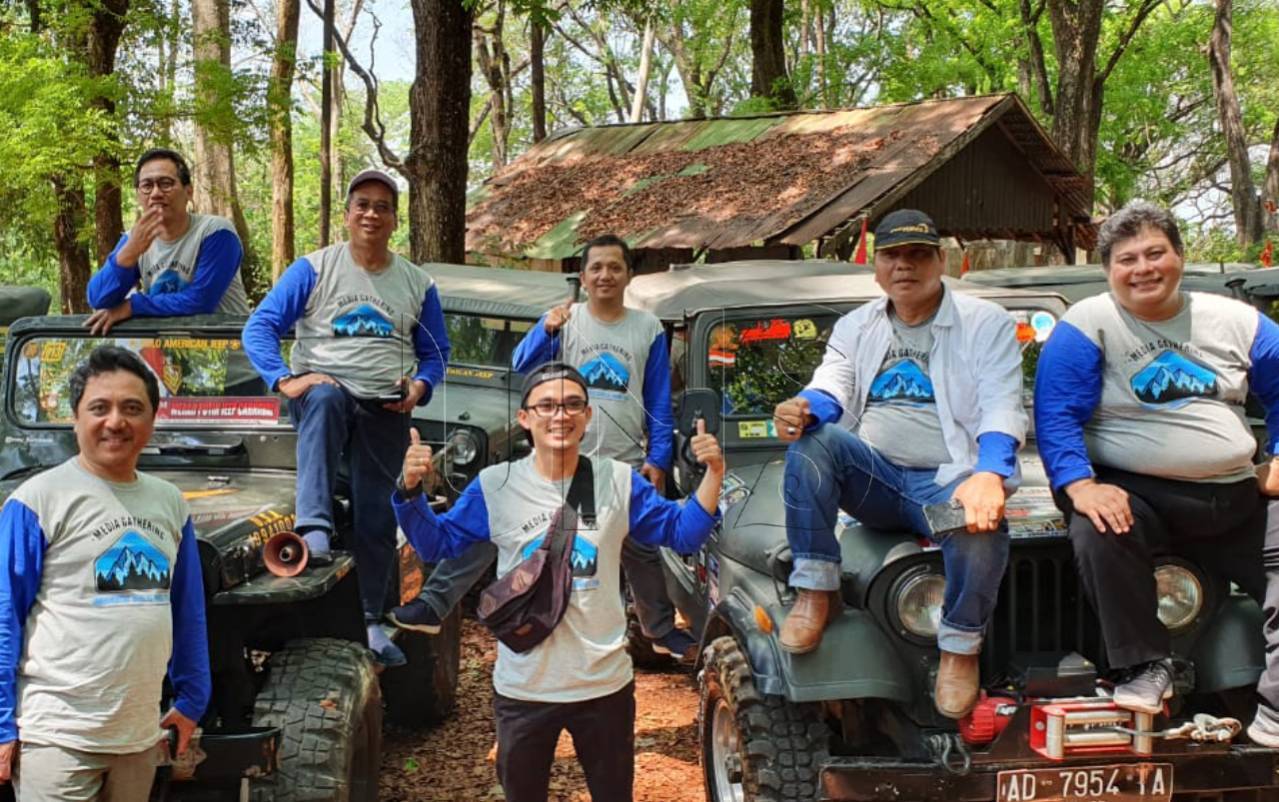 The group of UNS Rector and the media journalists was officially released by Vice-Rector of Planning and Partnership Affairs, Prof. Dr. rer. nat. Sajidan in front of dr. Prakosa Building. By riding in 50’s Willys, the group was immediately heading to the first destination, the office of UNS Forestry Education and Training Technical Implementation Unit (UPT).

In the location, Prof. Jamal was welcomed by the Head of Partnership Division of UNS UPT of Forestry Education and Training, Retno Tanding, Ph.D. While enjoying the traditional snacks, Prof. Jamal chatted casually with the media journalists in the office. After the conversation, the group then continued to the next agenda which was off-roading.

Entering the forest, the jeeps that boarded the group had to stop due to the extreme tracks. Even so, the extreme and steep tracks were successfully ‘crushed’ within two hours.

When asked about the reason behind choosing Mt. Bromo KHDTK of UNS as the location of off-roading, Prof. Jamal said that the forest was not popular yet among the people. Prof. Jamal wanted the journalists knowing more closely about the forest which was given to UNS by the Ministry of Environment and Forestry (KLHK).

“Personally, off-roading is my brand-new experience. Then, the friends from media here did not know before about this 125-hectares forest managed by UNS. I hope my colleagues [the media] can report this in a good way,” said Prof. Jamal.

The intimacy and familiarity among Prof. Jamal and the media were increasingly felt at lunchtime. Along with the members of UNS Public Relations team, Prof. Jamal was pleased to be interviewed by each journalist one by one.

“By this event, hopefully, the relationship between UNS and the media will be closer. It also will strengthen the synergy of reporting and branding of both sides,” he expressed.

Meanwhile, Abdul Kohar added that the off-road activity with UNS Public Relations and UNS Leaders was very memorable. “Aside building up the romanticism with the media, this activity also introduces us to the great potential of Mt. Bromo KHDTK managed by UNS,” Kohar said. Humas UNS/Yefta/Try