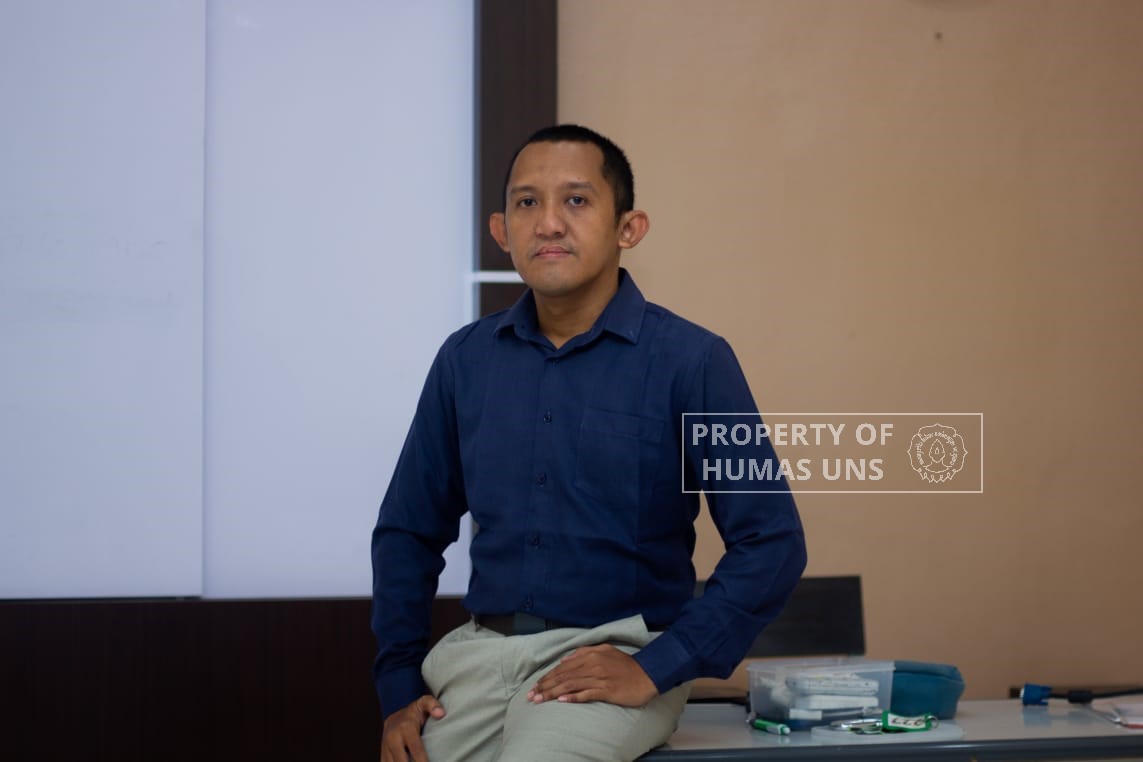 UNS — Capitol Hill’s attack by Donald Trump supporters on Wednesday (6/1/2021) has left the world stunned. The incident took place after Donald Trump delivered a speech on “Safe the America” in Ellipse, near the White House.

The masses who got provoked by Trump’s speech openly demand the congress that consists of the United States (US) house representative and senate not to validate Joe Biden-Kamala Haris’ victory in the 2020 election. After the incident, the media were quick to report the chronology and the development of the US’s current situation after the riot police successfully took over Capitol Hill and surrounding areas from the protesters.

Responding to the incident dubbed as “shameful political shocks for the US”, the lecturer of Strategy and Security Study, International Relations Program Faculty of Social and Political Sciences (FISIP) Universitas Sebelas Maret (UNS) Surakarta, Lukman Fahmi Djarwono, M.Si conveyed his opinion. He stated that the incident that started with Capitol Hill’s siege could be predicted from Trump’s unilateral claim over his and Mike Pence’s victory in the US Election 2020.

“This prediction is also backed up by Trump’s speech and tweet in his social media that contains provocation to his supporters and urged them to show their power through a protest during Senate session that ratifies the results of the 2020 election which was won by his competitor, Joe Biden,” Lukman Fahmi M.Si, stated on Wednesday (6/1/2021).

He stated that Trump, the Republican Party, and most of their supporters still think that during the 2020 US Election Trump still holds the upper hands. Thus, they believe that Trump will continue his second term. Besides Trump’s unilateral claim, Lukman Fahmi M.Si also thinks that internal pressure from a few interest groups in the Republican Party encouraged Trump to refuse to admit his defeat.

“Because of Trump’s strong belief to continue to the second term, most of the institutions under his authority are ordered to continue and prepare their work program and even prepares a budget for the next fiscal year as if there will be no transfer of President of the United States (POTUS),” he continued.

When asked about the probability that Trump will keep challenging the US election result, Lukman Fahmi M.Si stated that Biden-Haris’ victory is now absolute because legally, Biden-Haris won the electorate votes with 306-232. Thus, it is an avoidable certainty that Biden-Haris will be inaugurated as the next President and Vice-President of the US despite some senators openly refused to acknowledge the victory.

“Legal challenges to refuse Biden victory in four states have also been canceled. Politically, even the proposal of election audit, in my opinion, will not affect Biden victory because it is not clear which states need to be audited,” he added.

Lukman Fahmi M.Si also stated that currently, Trump’s power is limited to POTUS in power. Therefore, there is a proposition for Trump’s second impeachment if he still takes further provocative efforts that disturb the transition of power in the US. “Currently, there is a concern over Trump and his supporter’s efforts to obstruct the transition process,” Lukman Fahmi M.Si said. He also mentioned that Pence, who still hold the Vice-President chair for Trump, cannot do much even though Trump asked him to cancel the ratification of Biden-Haris victory.

Pence, who is mostly quiet, according to Lukman Fahmi M.Si, also condemned the humiliating action performed by Trump’s supporters who besiege and occupy Capitol Hill. As the Vice President of the United States (VPOTUS), Pence cannot do much if Biden-Haris’ victory is ratified legally.

“It is somewhat reasonable that someone who is cornered will find friends to help them, that is why Trump still has a high expectation of his Vice-President and his cabinet, even though several posts for vital ministerial have started to resigning,” Lukman Fahmi M.Si. stated.