Hit enter to search or ESC to close
Berita Terkini

Opening a Symposium in UNS, Jokowi: Constitution is the Guardian of Plurality in Indonesia

UNS – Indonesian President Joko Widodo opened International Symposium of the Association of Asian Constitutional Courtsand Equivalent Institutions (AACC) in Auditorium of Universitas Sebelas Maret (UNS) Surakarta, Wednesday (9/8/2017). The symposium on “Constitutional Court as the Guardian of Ideology and Democracy in a Pluralistic Society” was held to end Indonesia Constitutional Court’s (MK) term of office in AACC. It was also held to commemorate the 14th anniversary of MK. 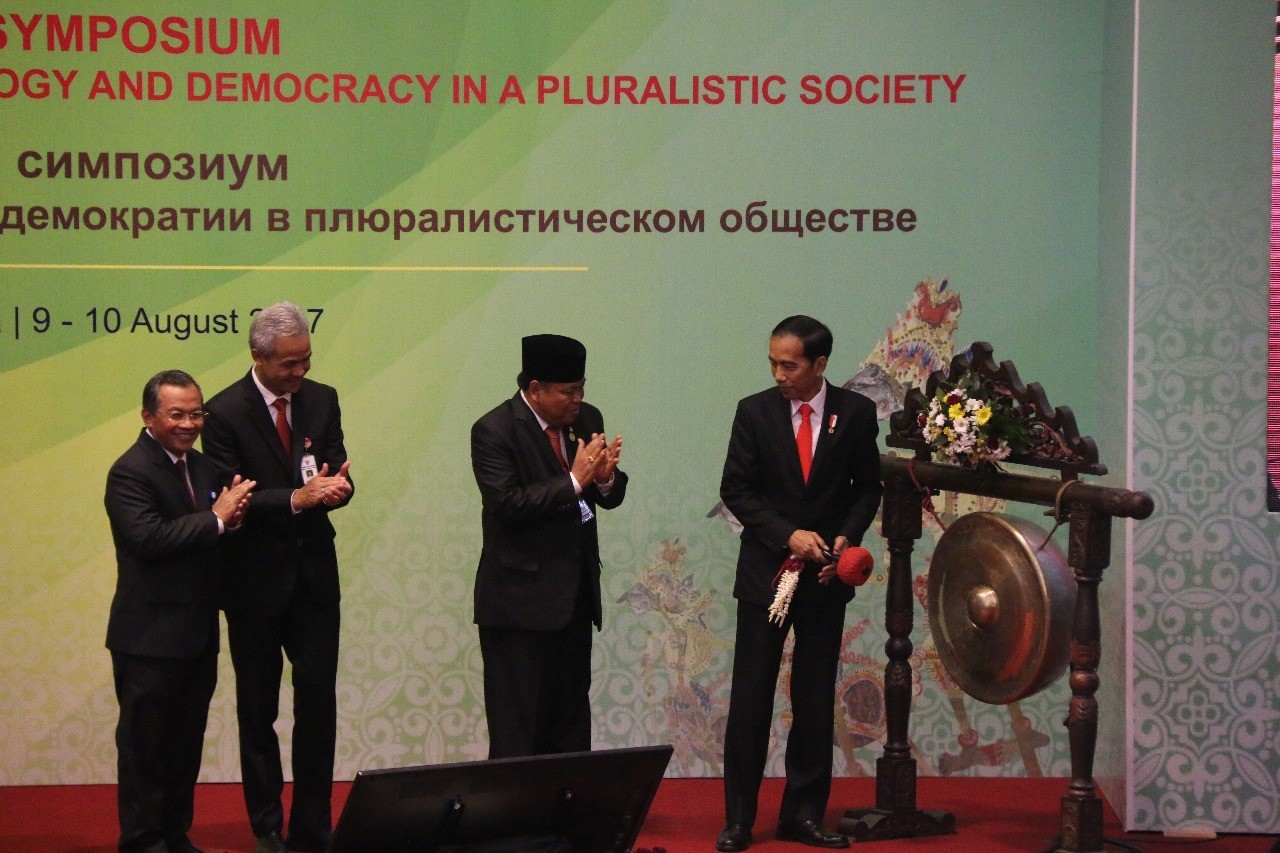 In his speech Joko Widodo stated the importance of constitution’s principle as the key to well-sustainable plurality in Indonesia. He emphasized that plurality will not interrupt unity premised on Pancasila.

“Constitution is the guardian of plurality and diversity, either in a matter of opinion — as the characteristic of a democratic country — ethnic, culture or religion. Therefore, constitution has a role as our main reference in living as a nation and a country,” he proclaimed. 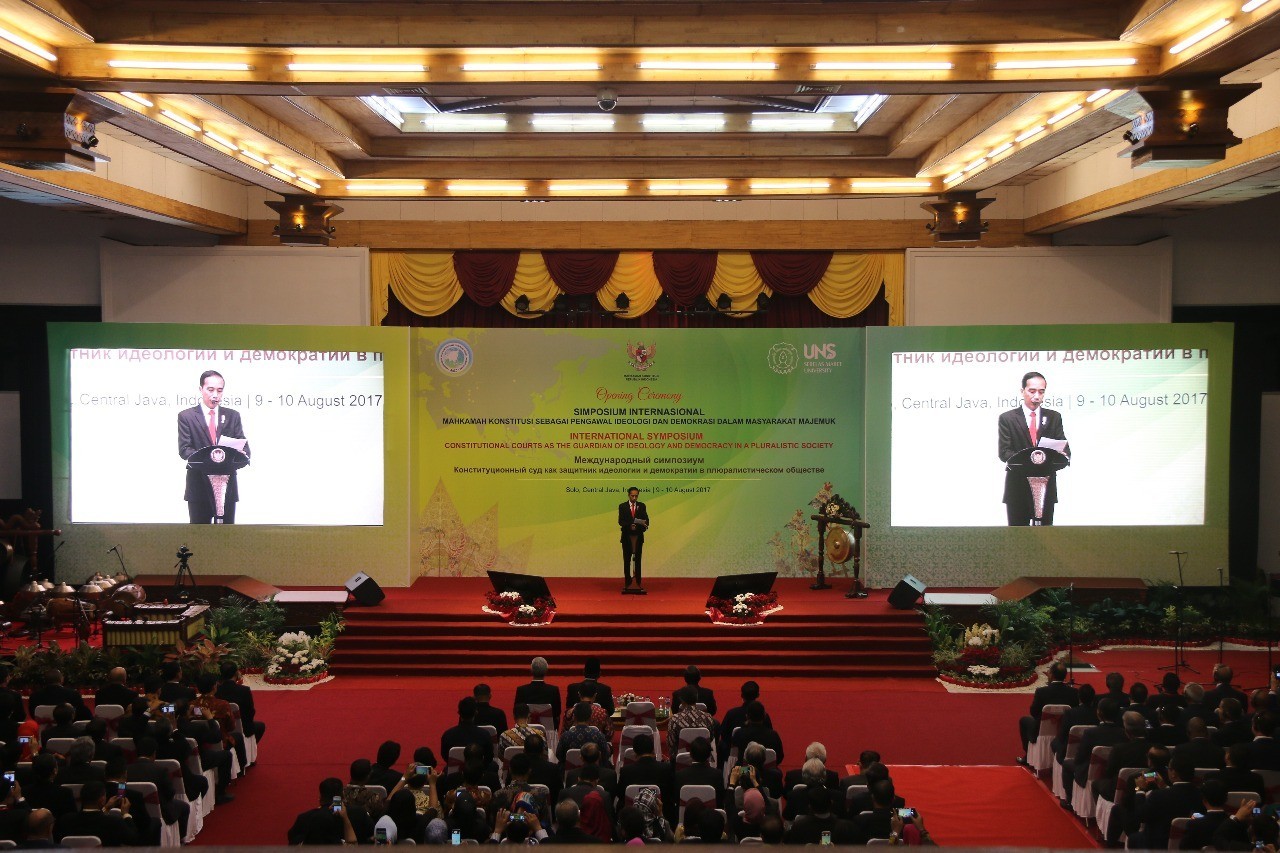 Joko Widodo explains the importance of constitution for plurality in Indonesia.

Central Java Governor Ganjar Pranowo also supported the constitution in Indonesia to cover people’s constitutional rights. He expected better relations among countries from the symposium to preserve the country’s ideology.

A total of 13 country members of AACC attended the symposium as well as 7 friendly countries from Asia, Europe, and Africa, and more than 190 local participants consisting of members of the House of Representatives Commission III, ministry and agency officials, law practitioners, and academicians from universities in Indonesia. humas-red.uns/Dty/Eln