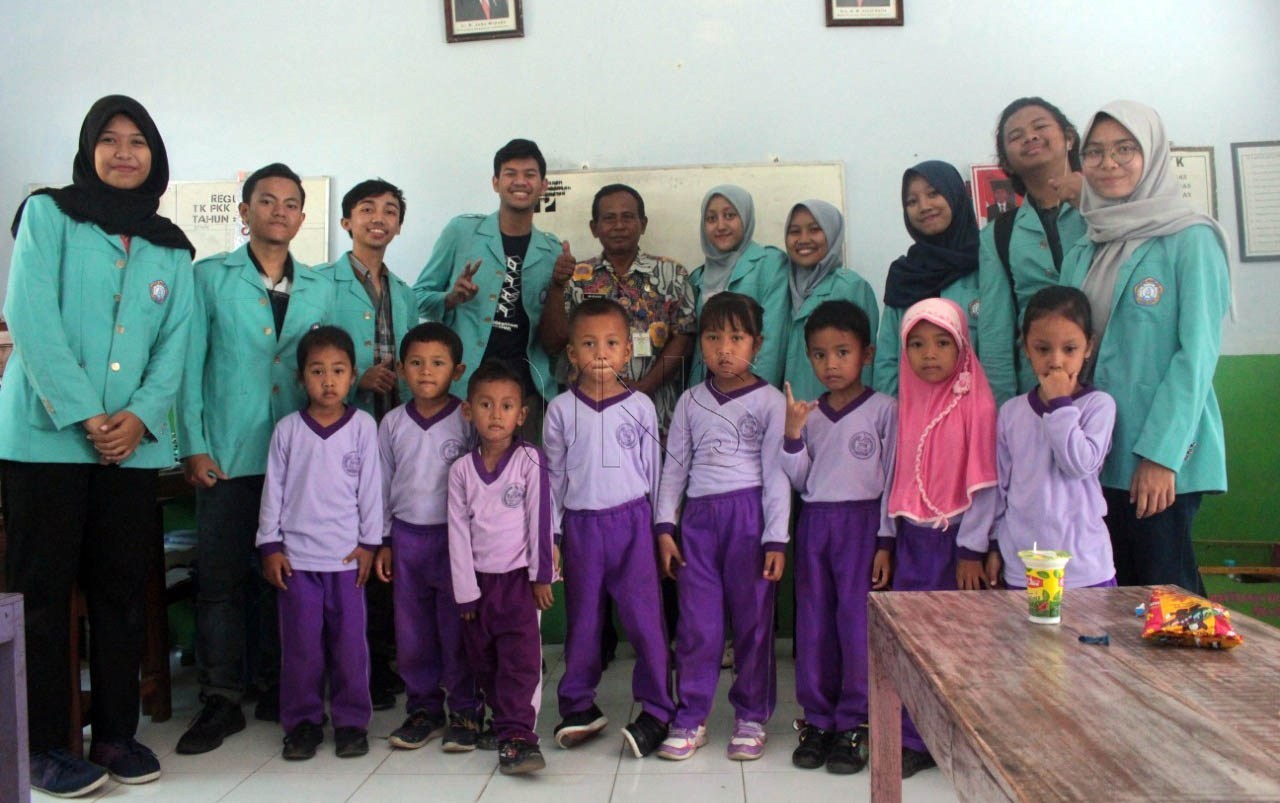 UNS – The Family of Publik Administration Students (KMAP), Faculty of Social Science and Political Science (FISIP) of University of Sebelas Maret (UNS) Surakarta conducted a Community Service Program (KKN) in Dusun Wates, Sanggang village, Bulu sub-district, Sukoharjo district. This KKN went on for three days from Friday (11/29/2019) to Sunday (1/12/2019) involving 105 students of Administrative Science academic year 2019 who registered as apprentice members of KMAP.
Gaza Daffa Redfada, the head of KMAP 2019, mentioned that the program aimed to serve study space for the students regarding social life as being arranged in The Three Pillars of Higher Education.
“The students hope not only studying in class but also they need to share their scholarly especially through this community service. Yet, the theme of this project is the synergy to spread usefulness,” he explained.
This is the second time that Sanggang village is chosen to be the pace of the community service. At the begining, the village is chosen only as community service village. However, the dean of FISIP requested to make the village as UNS forested village especially at Dusun Wates.
This is because various potentials owned Sanggang village. One of them is tourism potential in the form of reservoir that will officially be inaugurated in 2020.
“This reservoir is the first step of transforming Sanggang village as tourist village. It as resettler of the rainwater will be utilized by the farmers to irrigate their fields during the dry season,” explained by Irma Maulidatul Husna, the head of the community service of KMAP 2019.
Sanggang village has a great agricultural potentials involving soil fertility and strong agrarian character. Since January 2010, this village is developed as fruit garden center village.
“well, we have programs regarding planting empowerment. It is socialization regarding planting using polybag as the alternative that is explained by the head of Organic Farmer Organization of Sukaharjo district (JARPETO), Mr. Setiyarman,” Irma added.
Even if the program was only three days, the program was quite intense because the members f KMAP 2019 lived together with the people in several houses. In the education field, they also taught at elementary school of Sanggang 01, elementary school of Sanggang 02, Kindergarten of Sanggangon Saturday.
Meanwhile, environment field is implemented with cleaning the surrounding of Sanggang village. The enthusiasm and participation of the people is high especially in competition and game.
“Next, we will monitor the programs that have already been running. We also made profile video about Sanggang village that is published in village page,” Irma closed. HUMAS UNS/Kaffa/Imron