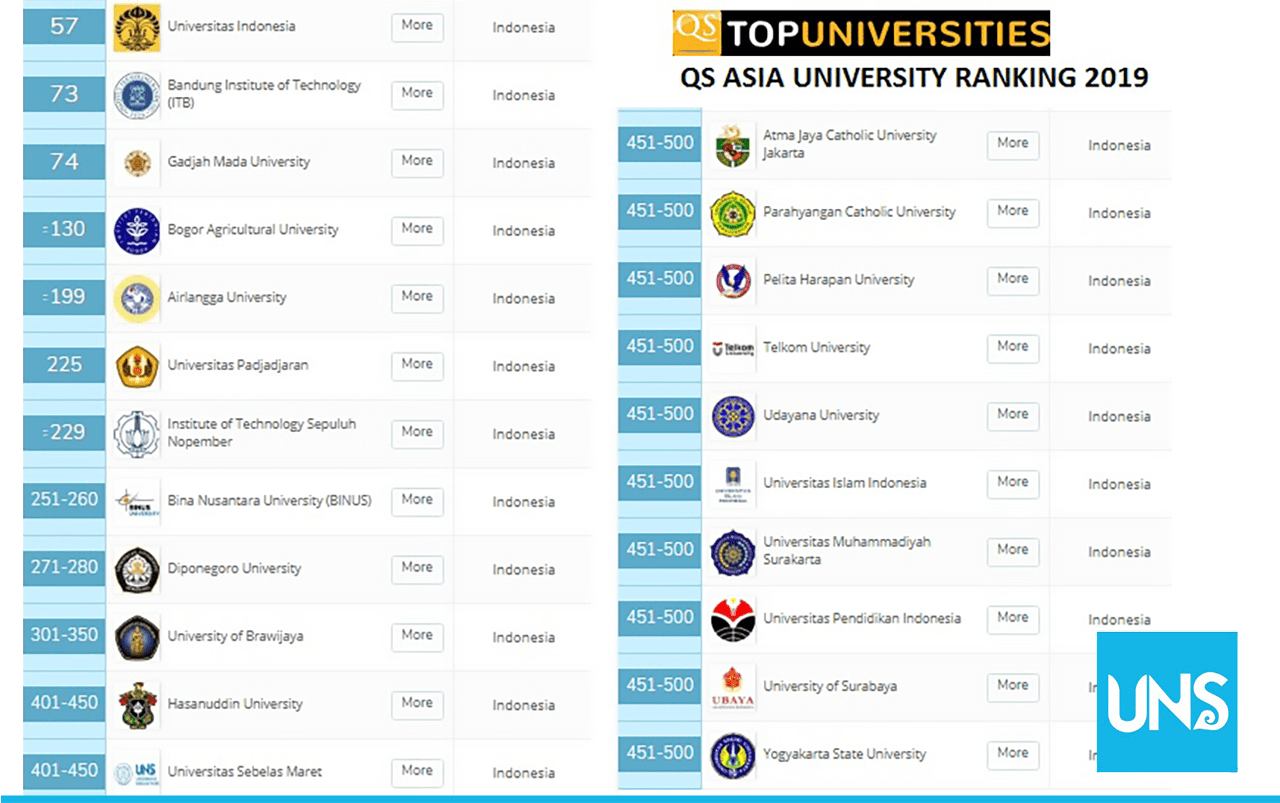 UNS Rector, Ravik Karsidi, stated that UNS appreciated this success. Ravik hopes that it can motivate academic community in UNS.

“Becoming the top 10 in AUR Indonesia is such an honour. We do hope that we can do better in the future,” Ravik stated.

Meanwhile, Senior Advisor to Rector for Partnership and Student Affairs, Sutanto, said that there were some criteria to determine the rank. First, it is the number of Doctor.  The more doctor UNS has, the more score it will be gotten.

“There is about 40% of Doctor in UNS, and the ideal percentage is 80% of Doctor. However, there are plenty of lecturers in UNS completing the doctoral degree,” Sutanto said.

“The universities will be assessed according to the criteria. They have to upload the data before they will be validated and assessed by QS,” Sutanto told.